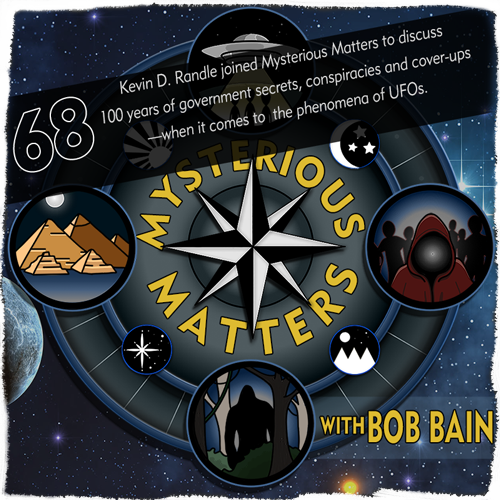 There may be a secret so dark, so mysterious that even parts of the United States Government has zero access to this knowledgebase.  One has to wonder if there has truly been one-hundred years of government secrets, conspiracies, and cover-Ups, to such an extent that even some former, and present day, Presidents of the United States aren’t being kept in the loop about.

Kevin D. Randle Joined Mysterious Matters to discuss “The UFO Dossier: one-hundred years of government secrets, conspiracies and cover-ups”—and we dig into the depths of the material to find the underlying substances which may prove or disprove certain UFO cases.

Kevin Randle may be a retired Lieutenant Colonel and helicopter pilot but his interest in UFO’s began as a child when he was first exposed to science-fiction movies. Since then, Kevin has been researching the mysterious of the UFO phenomena, and has become one of the most renowned and respected investigators in the field of Ufology.